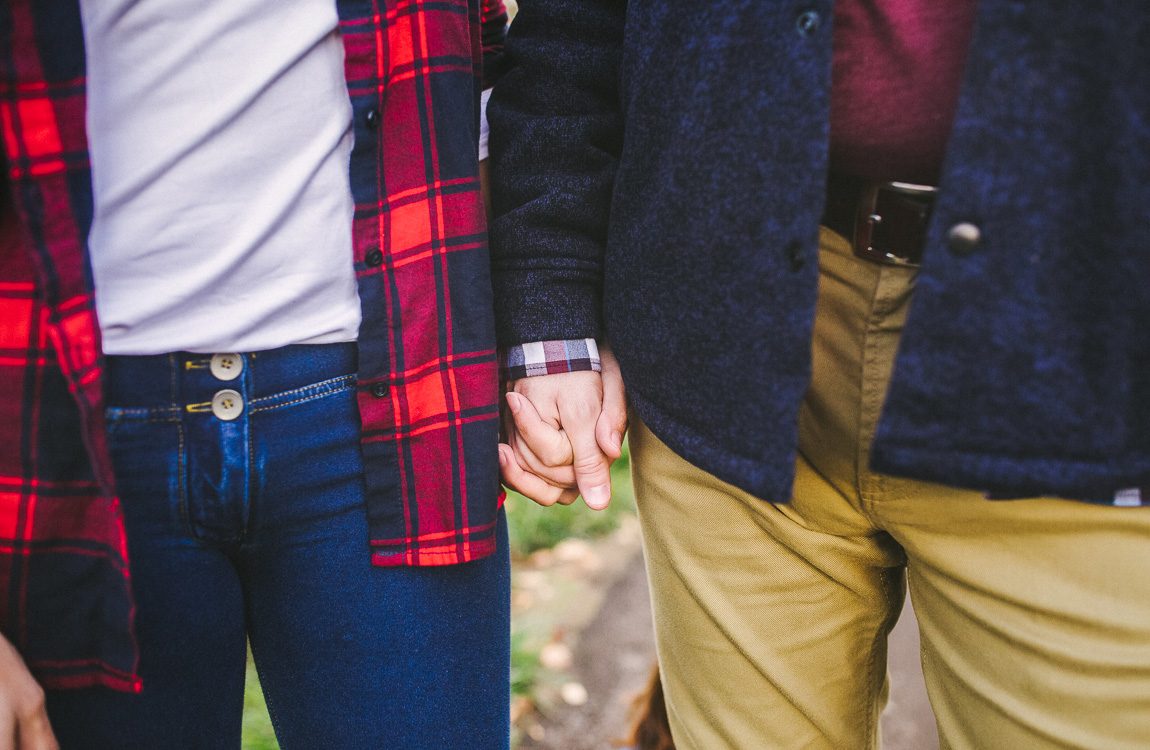 Working with your spouse

No one tells you what it’s going to be like

Back in 2016 our online school was growing leaps and bounds. Faster than I ever really imagined. I mean, where there really that many people out there who cared to learn about cake decorating from me? Apparently there where. So many that soon I was finding myself a little in over my head when it came to the work load.

I started hinting that I might need to hire someone to help me run the website, edit tutorials and keep up with the work load. Dan was already doing a ton of work in the evenings after he got back from his 9-5. Our daughter was only 2 at the time so it was a bit hectic finding the time to get work done and also spend time with our daughter. I could see he was very stressed from being pulled in a lot of directions.

Even though we where struggling to find the time to get things done, the numbers kept going up. I could see a lot of potential in the future of this business. I starting hinting that maybe Dan could be that guy to be a part of the business instead of me hiring a stranger. I could tell that freaked him the heck out! What would happen to our job security, our health care, our peace of mind if he quit his job and came to work with me… on the cake website. 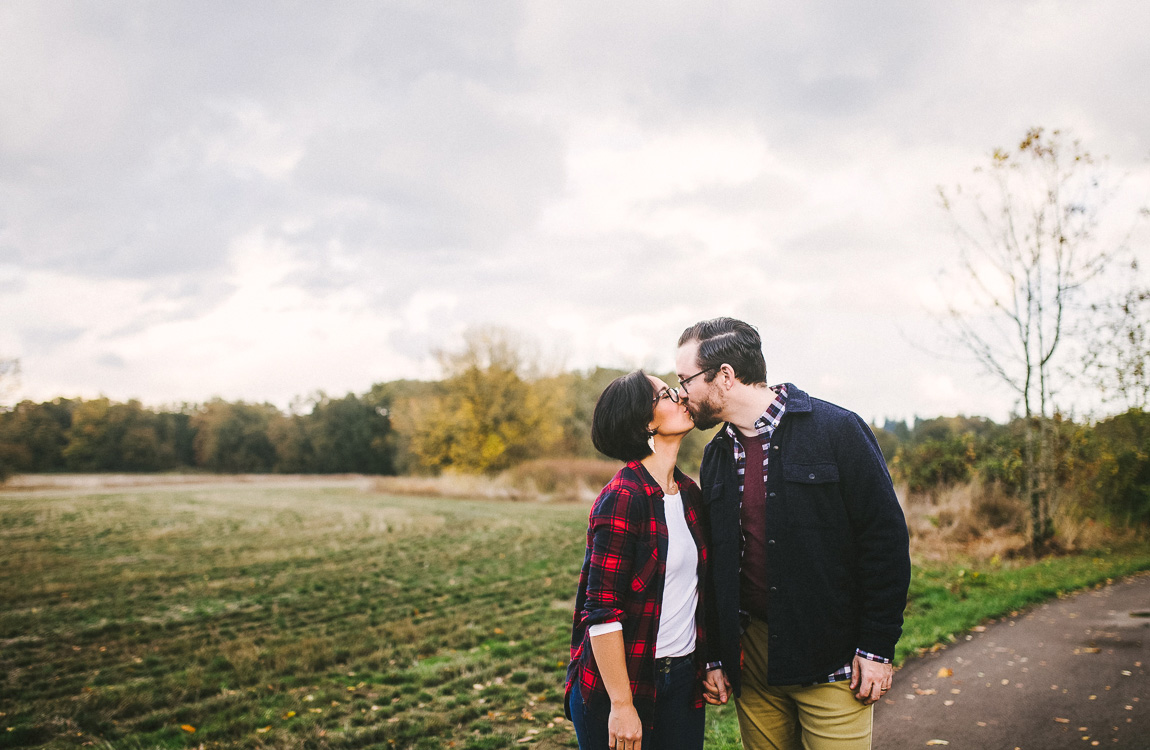 But I persisted and finally Dan agreed to come work with me when we hit a profit of $10,000 a month (it scares me to put numbers out there for you but I’m dedicating myself to be totally transparent here). Unfortunately for Dan we hit that number about 2 months later. He was not emotionally or mentally prepared to quit his job. Even though he had no room for growth, he actually really loved his work and loved the people he worked with. He was also really worried about our financial stability for the future and what happened if suddenly no one wanted to learn cake decorating anymore?

Our numbers continued to rise. Dan is still waffling but then something happened. He passed out on the commuter train on the way to work one day. Dan says he doesn’t remember much other than feeling a tightness in his chest and then he woke up on the ground. He tried to stand up and then passed out again. He ended up in the hospital but no one could tell us what caused him to pass out. 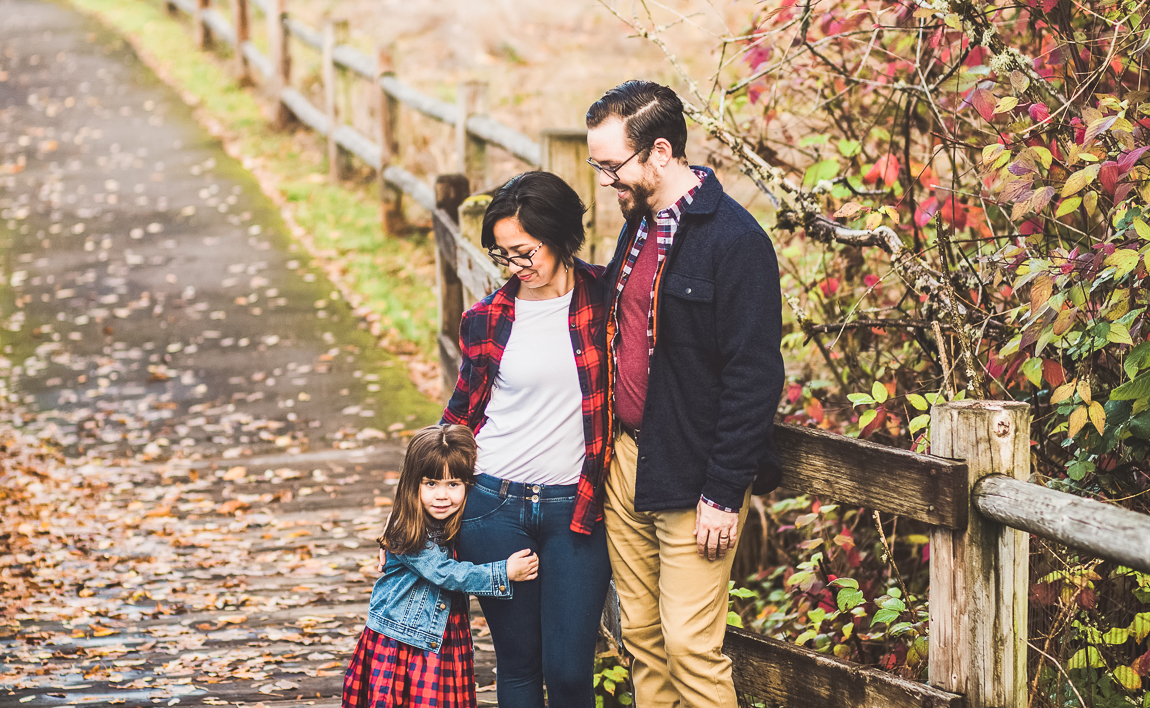 So Dan mustered the courage to put in a 6 month notice… 6 MONTHS!! He was so worried about leaving his company high and dry. He wanted to make sure they had a good amount of time to find a replacement. That’s the thing about companies though, no matter how irreplaceable you think you are, you’re not. There’s always someone else out there, and life goes on for everyone. So don’t ever waste time staying somewhere you’re not 100% happy simply because you feel guilty.

So 6 months go by and it’s time for him to leave and come work from home. Exciting times! I remember there was a lot of sleeping in at first. I don’t blame the guy. We’re both night owls and we’d always be up until at least midnight. He’d have to get up at 6am to get to work by 9am because of traffic and how slow the commuter train was.

At first I was SO excited to be working together! I set up his desk right behind mine so we could just turn and chit chat whenever we wanted to discuss work stuff.

But then… the breathing happened. SO MUCH LOUD BREATHING. I know you think I’m being ridiculous but I’m used to working in a room by myself. When I say loud breathing I mean “huffing” when a he notices a problem he has to solve. Grumbling under his breath when he gets frustrated over an email. Lots of talking to himself. I would always turn my chair and say “what?” He would look at me blankly and say “oh nothing”. Repeat 1000000% times a day.

In Dan’s defense, he says I do the exact same thing. Probably true. 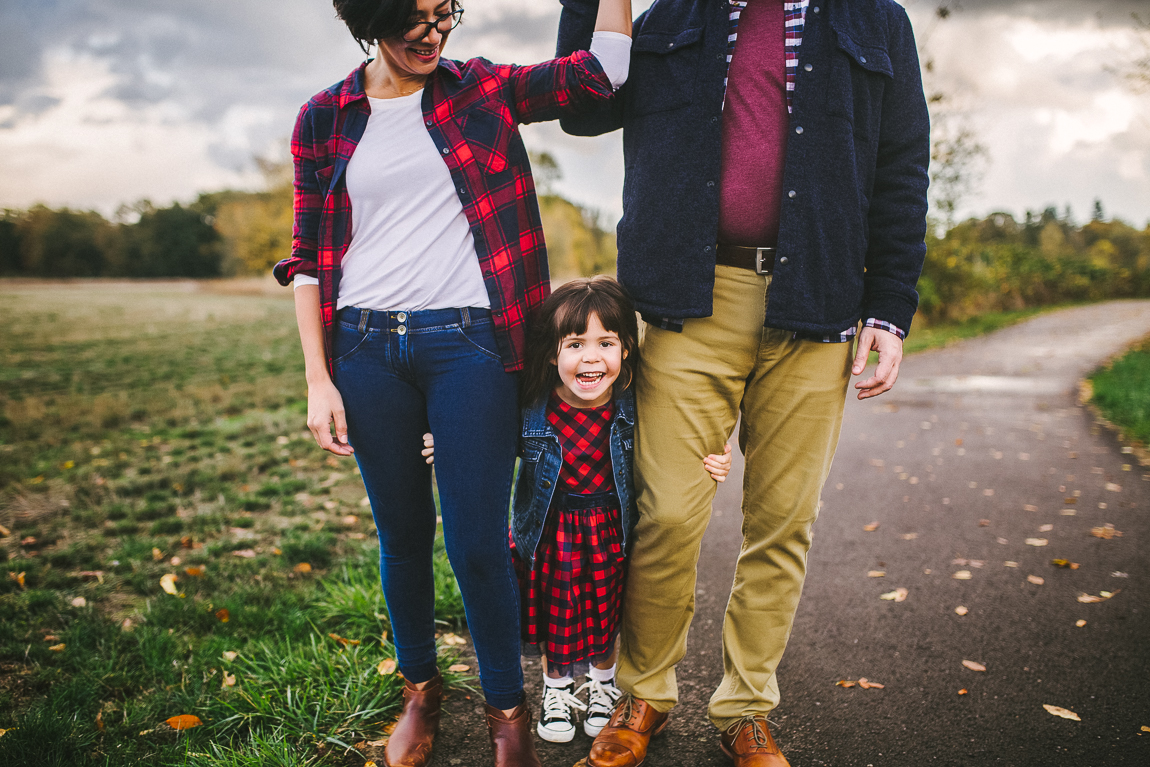 So we moved Dan’s desk upstairs. Turns out just because you work together doesn’t mean you should be together ALL THE TIME. Space is healthy. I’ve learned that I need my space and enjoy working alone so I can focus.

I’m also used to silent and studious working without much interruption unless it’s from my daughter. Now I was getting asked a question about pretty much everything. From issues on the blog to where do we keep the ketchup.

Speaking of getting interrupted, this was a big thing for Dan to adjust to as well. He wasn’t used to working from home with a kid who has no concept of leaving you alone because you’re working. He’d have to switch from work to oh no the baby is crying then back to work then oh I have to go pick up some food at the store then back to work… repeat forever.

This was really frustrating for him at first but then he made a mental switch that I think most of us who already juggle parenting and working from home have. That is the understanding that you just can’t get as much work done as you think you’re going to and that’s the way it is.

Which is the point, isn’t it?

The whole point of Dan working from home was to spend more time with his family, not work just as hard as he was before.

Of course there are still deadlines and things we have to get done but if the day is sunny and Avalon wants to go to the park, having the flexibility to just do it is really nice and worth getting a little less work done.

It was really hard for Dan to let himself relax into a slower pace of work. He was constantly stressed he wasn’t getting enough done. Or he’d set really unrealistic expectations for himself each day. Then beat himself up when he fell short.

Dan was learning what all us work from home moms already know… nothing you plan to get done ever really get’s done. I’ve come to peace with that a long time ago. I shared a little tip with him about setting expectations. In the morning, after I get my coffee, I decide what I want to do that day. Just one thing. If I get more done, yay me! But if all I get done is that one thing, then I’m happy.

So he also adopted this idea and was a lot less stressed about getting enough work done. 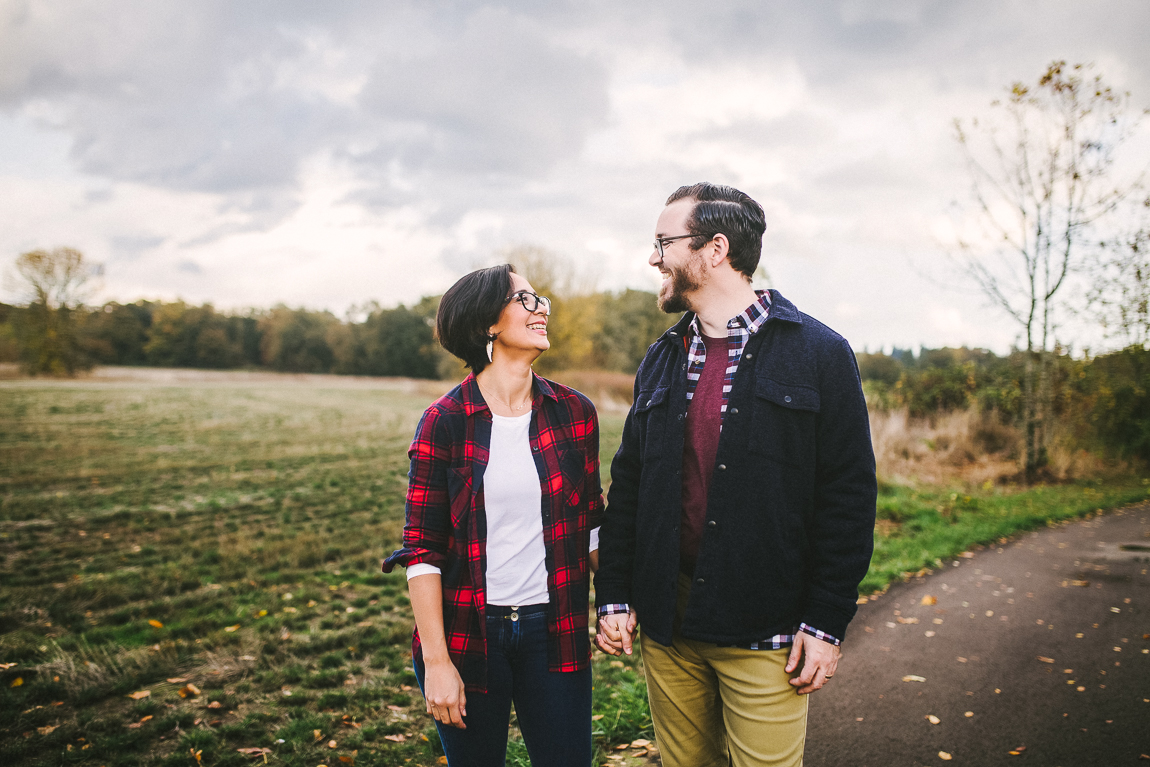 Possibly the thing we struggled with the most and took the longest to adjust to is communication. We’re two people who both own a company and no one is the “boss” but someone has to make a decision. We had a really hard time getting past “tone of voice” and “feelings”.  When talking about changes that needed to be made on a project we had to practice “business voices”.

It took a TON of work and it’s almost comical to hear us now say things like “ok, I’m going to talk now and it’s just business talk. I’m not your spouse right now. I’m the artistic director of this project and I’m just giving feedback.” It just sets the mood and reminds the other person that sometimes it’s just about business.

Finding our workflow as a family took time and patience

So now its January 2019 and the time has flown by. We’re in a pretty smooth workflow these days and Avalon is in preschool and LOVES it. We love it too. From 9am-4pm every day is prime work time and we make the most of it. Dan checks in sometimes to see if I have anything that should take priority for him to work. If I don’t have anything then he get’s to do what he does best and make improvements on the website and focus on our members user experience.

Because I don’t tell Dan how to do his job (the website part) he has real ownership over this part of our shared business. I of course might give feedback on colors or styling but in the end, it’s his baby and that is a HUGE thing for him.

For me I love knowing that our members and our business is being taken care by someone that is truly invested in the quality. They say no one will ever care about your business as much as you do but that’s not exactly true. If you happen to be married to a person who has ownership over their own work and the success of the overall business reflects on them as much as you, they care. They care a lot.

In the end, working with my spouse made the business better and our marriage stronger

Of course with us both working from home, it’s easy to fall into the trap of work work work and you never stop. So we’ve also had to implement strict rules for stopping work at dinner time. No phones and maybe even cook dinner together. Turn on the records, chat about the day. Reconnect even though we’ve literally been in the same house all day.

I’d be lying if I didn’t admit that most days I start work again after Avalon is tucked into bed. I keep working until the moment I fall asleep. Not because I have to but because I LOVE it. I’m a true work-a-holic. This use to really bother dan. Or he’d feel guilty he was relaxing while I was working.

Now that he sees how the days go, I think he understands more about how you work when you can. Sometimes it’s an hour here or there but working from home hours aren’t like 9-5 jobs. It’s more like an 8-11 but with big breaks in the middle. But now if we want to go on vacation, we just go. If we want to go to a movie on a Wednesday at 2pm, we go. If we want to work for 15 days straight and then take 10 days off… we do. It’s the freedom we’ve always dreamed. 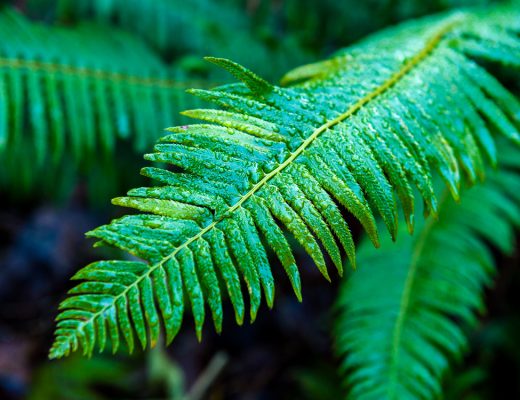 How to find your creative style 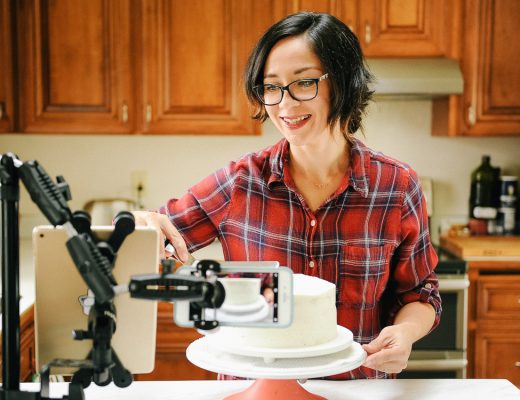 Hi There! I'm Liz Marek I'm a small-town, born and raised Oregonian living in Portland with my amazing husband Dan and daughter Avalon. I'm obsessed with the outdoors (yay Pacific Northwest!), potato chips and living life to it's fullest potential and convincing everyone around me to do the same 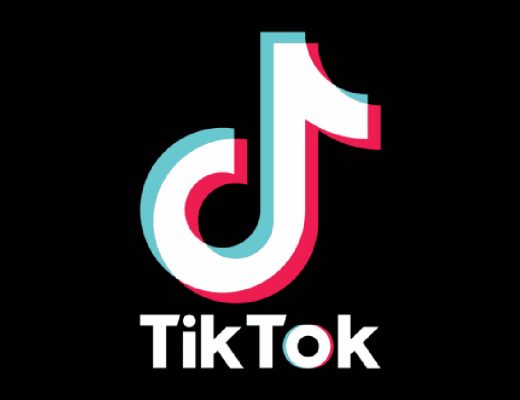 Can You Make Money On TikTok

How to build a following